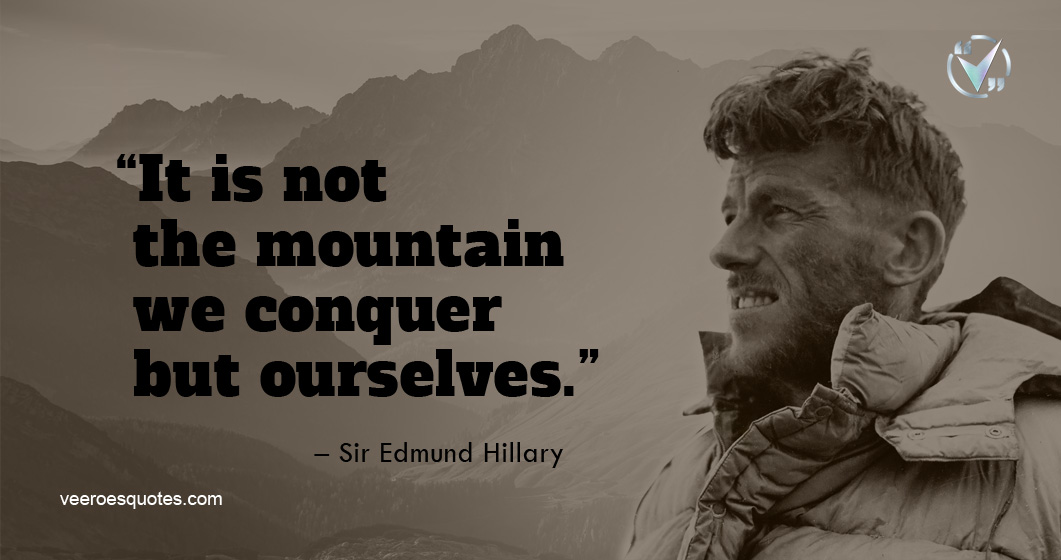 “It is not the mountain we conquer but ourselves” “No one remembers who climbed the Mount Everest the second time.”

“I have discovered that even the mediocre can have adventures and even the fearful can achieve.”

“When you go to the mountains, you see them, and you admire them. In a sense, they give you a challenge, and you try to express that challenge by climbing them.” “You don’t have to be a hero to accomplish great things—to compete. You can just be an ordinary chap, sufficiently motivated to reach challenging goals.”

“It’s not really adventures when you have to pay for it.”

“I have never regarded myself as a hero, but Tenzing undoubtedly was.”

“Nobody climbs mountains for scientific reasons. Science is used to raise money for the expeditions, but you really climb for the hell of it.” “I will come again & conquer you because as a mountain you can’t grow, but as a human, I can. ”